At last we managed to get out paddling today, not quite the sea but a very fridge Loch Lomond. Really pleased with the new kayak. The water was still, the sun was shinning, it was flat calm but at least we were out. 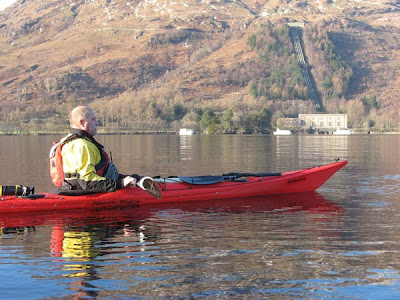 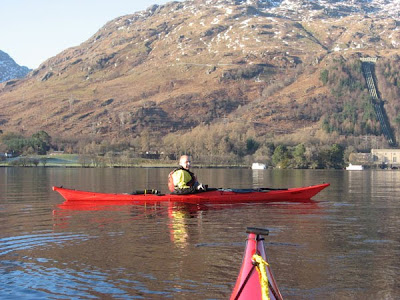 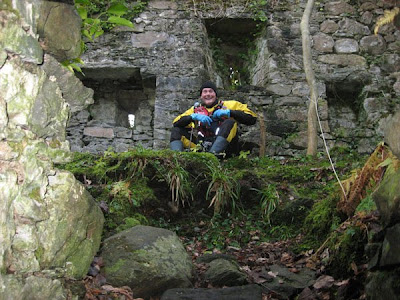 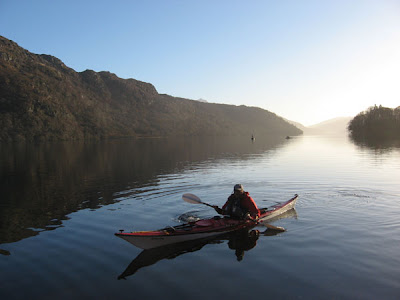 A chilly night out.

I went down to my sister's over the weekend for a family party. Had a nice time catching up with everyone. Driving back on monday, I'd listerned to the East Midlands weather forcast, it said snow showers from 15.00 onward in Scotlands central belt. So, when I crossed the high ground south of Glasgow, without seeing any falling snow, I thought I'd be ok. Ten miles from Hamilton services I ran into the back of mayhem. The snow had been falling all day, the snow ploughs hadn't been able to clear the roads so the snow was hard packed and the heavy lorries couldn't get traction and were stuck. By midnight I'd got as far as half way up the M73, about 13 miles from the start of the jam.
It became clear that this was as far as I would be getting. I wriggled into my sleeping bag, rapped my down jacket around me and tried to rest. Not the most comfortable night I've ever spent. Around 05.00 things started moving and in a series of short hops I moved up to Castlecary. Here in the road works the lanes are divided off by cones. Up ahead a 40 tonner lost grip and began to slid back down the hill. I was stuck once again when suddenly a motorway maintenance gang appeared from nowhere. They moved the cones and cleared the snow so we could change lanes and get around the lorry. I finally got home at 09.00, 26 hours after leaving Leicestershire.
Posted by Owen at 02:18 No comments: